Another action packed day of excellent badminton in the DEGIRO-hal in Haarlem. Mixed doubles and a lot of singles were played on day two.

Every player now has one or more matches under their belt, the courts are playing perfectly, everyone knows their way around the building, so the focus on badminton is now 100%.

In the afternoon a VIP-event was held on the stand upstairs, and the VIP's were treated to a VIP-worthy performance by Italy's Enrico Baroni, who played Thailand's Arnick Plungvachira. Surviving three matchpoints, Baroni battled to a 17-21 21-12 22-20 victory. High-fiving a lot of people on his way out of the hall, we will see him again tomorrow, fighting in the next round. 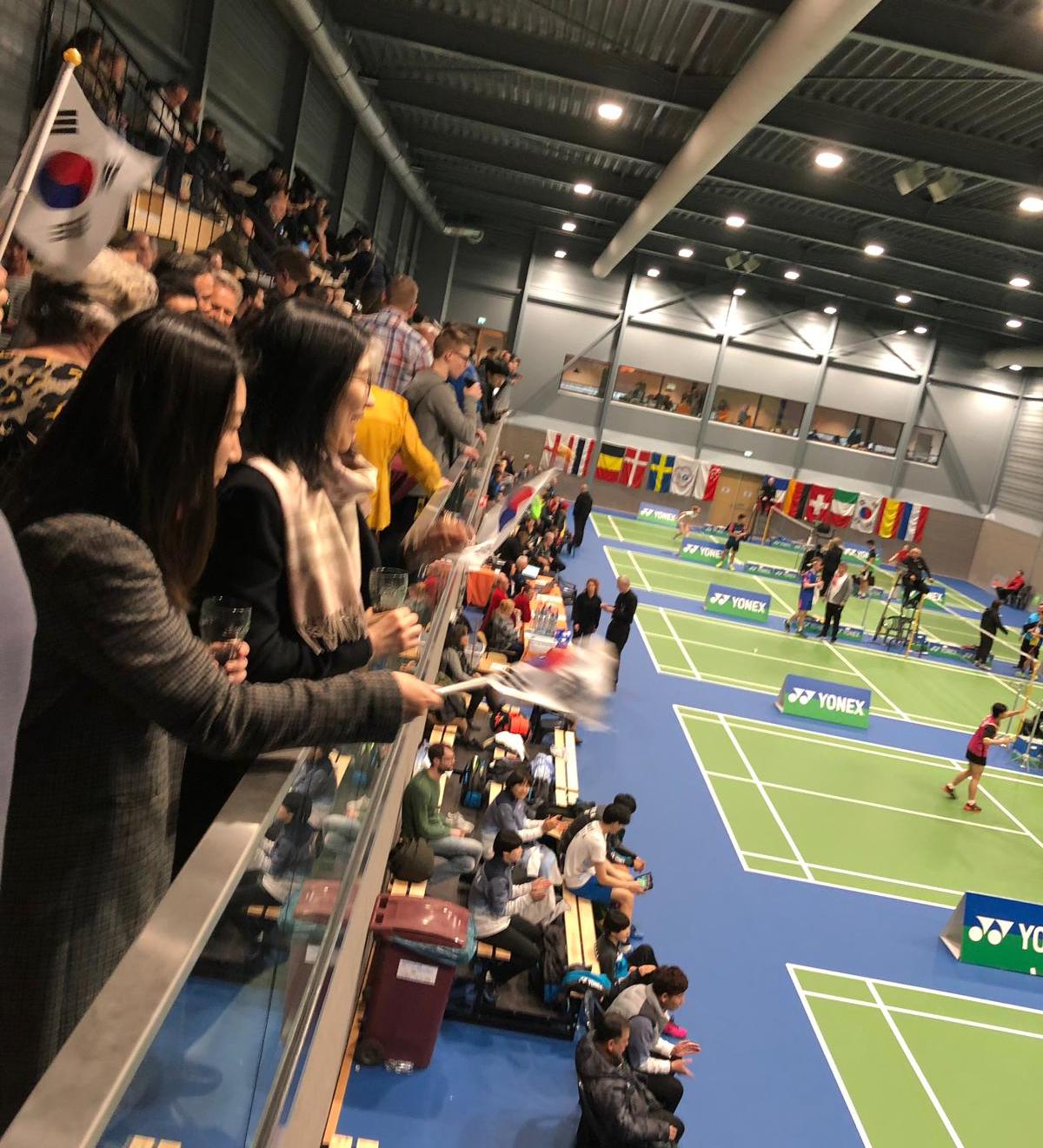 The homeplayers only claimed one victory on Thursday. Amy Tan beat her Swedish opponent, to set up a third round match with India's unseeded Gayatri Gopichand Pullela. More Dutch players in action on Friday, with two men's doubles and a mixed double still in the running.

Top level play once again at the Yonex Dutch Junior International, from 9.00 until 21.00. Please come and visit or follow the matches from three courts on our live streams: