A few surprises in the semi finals this year, Dutch player Soraya de Visch Eijbergen managed to get through to the final by beating the first seeded Cheung from Hong Kong China. In two easy games 21-13 and 21-17 Soraya matched last year’s losing finalist Josephine Wentholt. Her opponent in the final was Stefani Stoeva, who already won an International Challenge tournament in Hungaria.

The Men’s single event was ruled by the Malaysians this Sunday, with both Malaysians in the semi finals, Soong and Soo, winning their semi final and play each other in the final. Soo won convincingly from Indonesia’s favorite Mahbub in just two games, leaving Mahbub without even a chance of winning the match. Soo’s men’s doubles partner and men’s singles opponent Soong had more trouble winning his semi final from the first seeded Koljonen from Finland. Koljonen won the first game, but had trouble keeping up with the pace Soong played throughout the whole match. 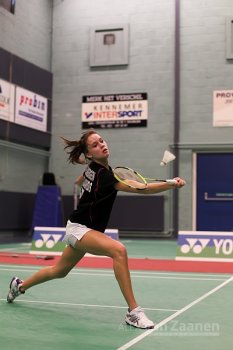 The Women’s Doubles final, was just like the women’s singles an all European match. In the semi finals the Bulgarian sisters Stefani and Gabriela Stoeva won in an impressive way with 21-12 and 21-14 from the Malaysians Yap and Chin. Their final opponents were Kosetskaya and Varabyova from Russia. The Russians beat Cheung and Yuen from Hong Kong in a thrilling match, by twisting a 16-18 deficit into 21-19 in the third game!

Hong Kong’s Chun Hei Lee and Chun Hei Tam won their semi final impressively from Subaktiar and Aldiartama in two tight games, and thus prevented a all Indonesian final. The Indonesian pair were tipped as serious candidates for winning the final here in Haarlem. Tam and Lee twisted a 17-20 deficit into a lead of 21-20. In total they survived four game points from the Indonesian pair and eventually won the stunning first game 24-22! In the at least equally exciting second game, Tam and Lee made a final rush from the score of 17 all to winning with 21-17. Their opponents in the final happened to be one of the other two Indonesian pairs. In another thrilling match, just one court aside the other semi final. Faisal and Rhoma beat Kinalsal and Sukamuljo in three games.

After 5 days, we can say we had a great tournament this year. Malaysia was unable to defend all the 4 titles they won last year as the titles are shared by Hong Kong China, Malaysia, Indonesia, Bulgaria and Russia! This year’s “big winners” are Chun Hei Tam(HK) and Stefani Stoeva (BUL) who both are runner up and winner. 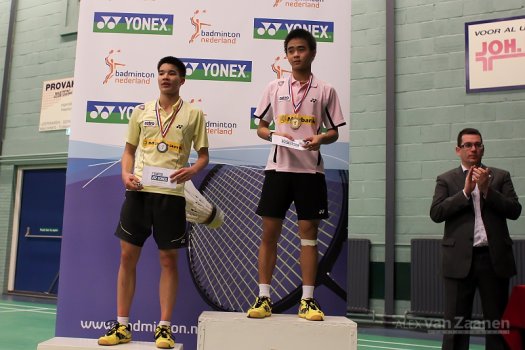 The men’s Singles was won this year by the Just 15 year old Joo Ven Soong, who beat his doubles partner Teck Zhi Soo. Soong won convincing two games with just 21-16 and 21-14. Soo seemed to be injured in the first game, but showed to be healthy in the start of the second game when he chose the attack. Unfortunately for him Soong was the better player today and won justly.

The women’s Singles champion is Stefani Stoeva this year as said earlier. In two games she happened to be physically stronger than her Dutch opponent Soraya de Visch Eijbergen. De Visch Eijbergen managed to keep up with Stoeva till the break, but eventually Stoeva won the first game with 21-17. The second game seemed to go to de Visch Eijbergen, but Stoeva came back from 18-20 to win it 23-21! 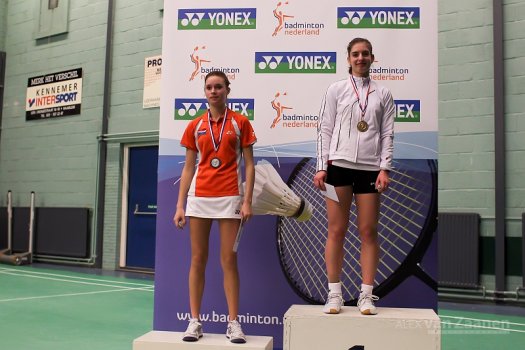 In a Stunning Men’s Doubles final, the pair Tam/Lee have become this year’s winners. The Hong Kong players seemed to be losing after the first game. They lost the first game with 21-18, however in the second game they turned the match. They upped the pace, playing more offensive. This was the most exciting final. The Indonesian pair were supported by a lot of Indonesians living in Holland these days. The cheers from the Indonesian fan’s truly made it a great atmosphere, especially this weekend. 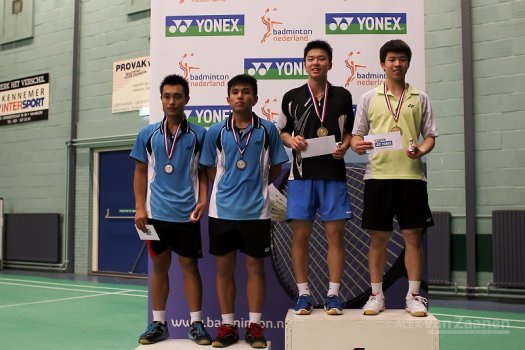 The women’s doubles champions are the Russians, Evgeniya Kosetskaya and Viktoriya Varabyova. They won the final in three games after a bad start just like Lee and Tam did in the Men’s doubles. In the extra points they won the stunning second game and hold on to their momentum in the third game. The scores were 17-21 25-23 21-16. The runners up this year are Stefani and Gabriela Stoeva from Bulgaria 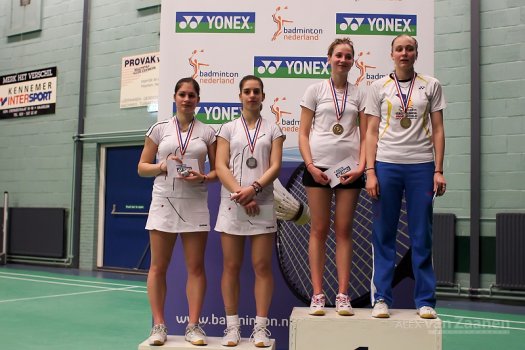 Edi Subaktiar and Melati Daeva Oktaviani From Indonesia won the final in Mixed Doubles from Chun Hei Tam and Sin Ying Yuen. In two exciting games, the Indonesian pair had to use the extra points twice. They Indonesians showed to control their nerves better and survived two game points both at 20-21. Subaktiar and Oktaviani won with 24-22 and 23-21. 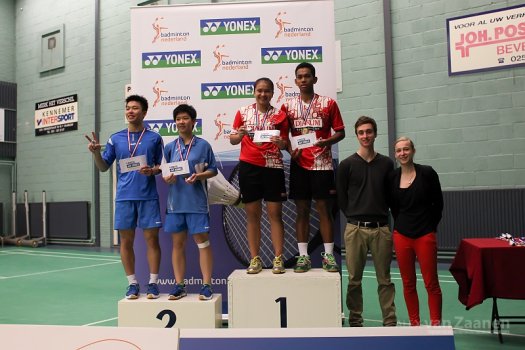 Congratulations to all winners and runners up, we have had an amazing week, seen beautiful matches and hope to see you all back next year!