After a week of tough matches the winners are known. And for the first time since the tournament changed from Duinwijck junior international to Dutch Junior international we have a winners from our own club, and not just one, but two! 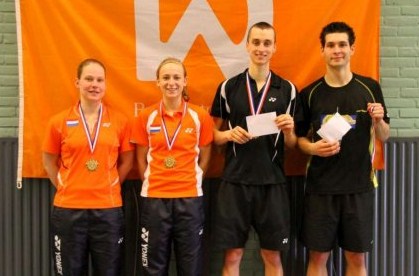 Our own Selena Piek won the women´s doubles together with her partner from van Zijderveld, Iris Tabeling. In the final they beat Anastasia Chervyakova (last year's winner with Romina Gabdulina) and Maria Korobeynikova in 3 sets. 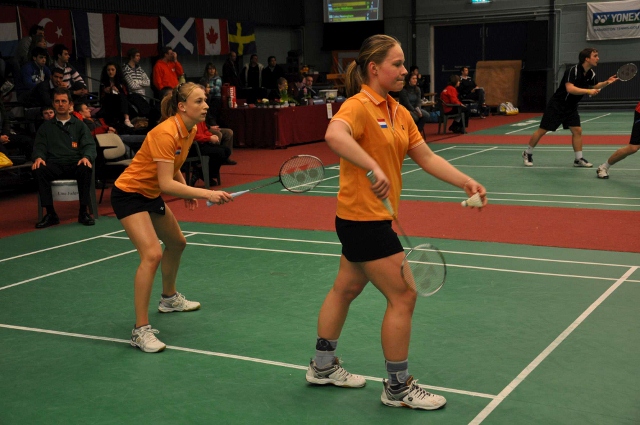 In the Mens doubles Jacco Arends (who lives around the corner of the Duinwijckhal and played for our club his whole life) and Jelle Maas (from Amersfoort) beat the very tired guys from Hong Kong, Ka Long Ng and Lee Chun Hei, very convincingly. 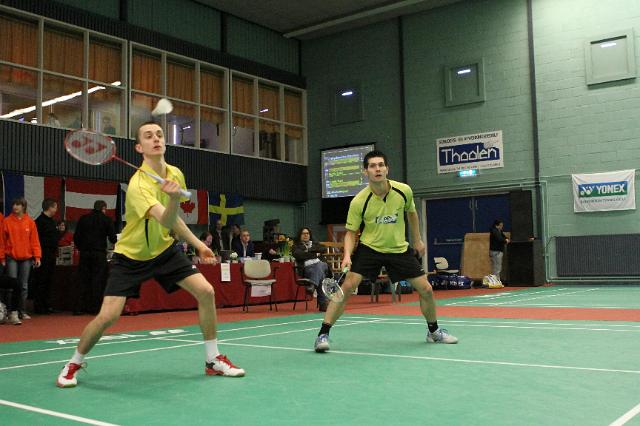 In the first final of the day, the mixed doubles, Ka Long Ng and Lok Yan Poon from Hong Kong beat Matthew Nottingham and Helena Lewczynska from England in two close sets. Our home players and first seeds Jacco Arends and Selena Piek were upset in the quarter finals against two Hong Kong Players in a very entertaining match. the Hong Kong pair were then beaten by the runners up from England in the semi-finals. 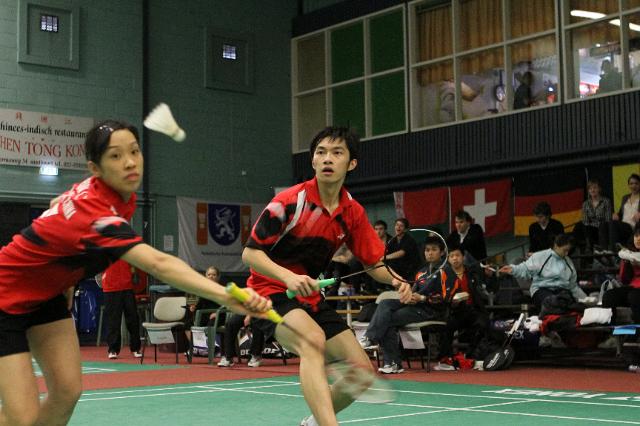 The Men's Singles final saw the tall Toby Penty from England beat Mathias Borg from Sweden in a 3 sets match in which the momentum changed several times. The final lasted for allmost an hour and had the spectators at the edge of their seats. 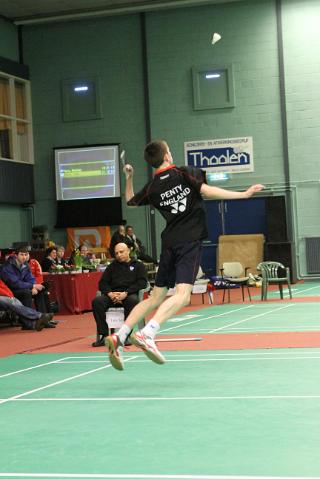 In the women's singels final the Russian Natalia Perminova made up for losing the final last year to her team-mate Romina Gabdulina (who couldn't defend her title due to an injury). She beat the very quick (and short) Sarah Milne from England in a final with a lot of good rallies, but the outcome was never in much doubt as Natalia won with 2 sets of 21-16. 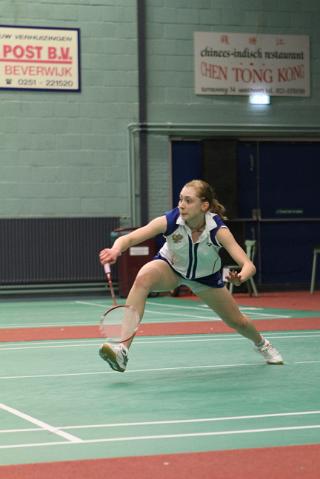